Welcome to our new pro-tem moderators!

Welcome to our pro-tem moderators, Isaac Moses and DonielF. Isaac joined the team two weeks ago and I was negligent in not announcing it at the time, and DonielF has joined today. Thank you both for taking on these extra caretaking duties alongside the work you are already doing to help this new community thrive!

Eventually the community will choose its own moderators, and Codidact gives communities latitude to decide when and how to do that. Our pro-tem moderators will take care of these duties in the meantime. Meanwhile, we should all, together, continue to shape and grow this great community.

discussion announcements
posted over 2 years ago
CC BY-SA 4.0
2y ago

Monica Cellio‭ staff
2391 reputation 92 47 343 84
Permalink History
Why does this post require moderator attention?
You might want to add some details to your flag.
Why should this post be closed?

I first discovered Mi Yodeya during the 2016 PTIJ season; I was a senior in high school running the school newspaper looking for good content for the Purim edition and had about zero creativity in coming up with any myself. As I stuck around the site a bit and realized that there actually was more to the site than PTIJ, that morphed into asking about whatever I wanted, within limits, and seeking answers.

With Hashem’s help I’ve grown from that selfish sixteen-year-old, understanding how exchanges go both ways and how I actually had what to give back to the community, beyond my terrible sense of humor. Whenever I had time between Yeshiva Sedarim, I participated in not just asking selfishly-motivated questions or writing admittedly terrible answers (what was I thinking with some of those earlier posts?!) but also actually seeking to make my questions more thought-out and my answers more meaningful. With the realization that I could help others find answers to their own questions came my original push for an Answerathon.

With the opening of Codidact I realized something even more important. Learning is not merely an Exchange of ideas; it’s “learning together,” the synthesis of two contradictory ones into a theory neither participant could come up with on his own. And when I read posts like this I realize painfully my own contributions to pushing away new users. “Push with the left and pull with the right,” Chazal teach (Sanhedrin 107b.8). Have I really been honest with myself in just going along with “that’s how the community works”? Just because that’s how it was doesn’t mean that’s how it must be.

As the new mod guide puts it, “being a moderator doesn’t make you More Right™.” Or as Rabban Gamliel put it to his new students, “Do you think I’m giving you authority? I’m giving you servitude” (Horayot 10a.21-10b.1). And an honor to serve it is – to serve the people of the community, not its rules. Moderatorship may come with being a role model for the community, but that goes both ways as well. You can water a plant all you want, but it’s the direction of sunshine that dictates how the plant will grow.

We’re all here to “learn together,” so let’s make this a place where we all can.

DonielF‭
2010 reputation 71 25 301 138
Permalink History
Why does this post require moderator attention?
You might want to add some details to your flag.

May God bless and keep the trolls far away from them. Amen.

AA ‭
465 reputation 0 14 40 1
Permalink History
Why does this post require moderator attention?
You might want to add some details to your flag.

Featured
How can we grow this community?
The Great Migration is underway
Hot Posts
Q&A — counting for more than one minyan 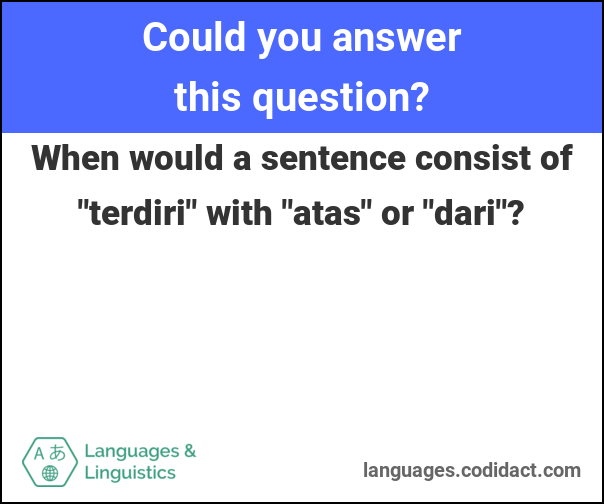